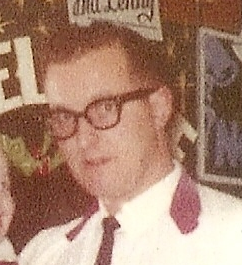 In 1962 Lenny and Marge Meyer opened Meyer's Supper Club in St.Nazianz, Wisconsin. Lenny loved serving his customers Old Fashioned cocktails made from scratch. The Supper Club was always busy with thirsty old fashioned cocktail drinkers. Since time was of the essence, Lenny created his own homemade old fashioned mix to keep his patrons’ glasses full. As children, the six sons would often help their parents with restaurant duties. The boys recall never being able to keep up with cleaning the cocktail glasses. After Lenny and Marge retired, the brothers continued to hear strong reviews from past patrons of the supper club.  They miss the “best tasting old fashioned cocktail” in the region.

In late spring of 2009, the annual Meyer brothers fishing trip was soon approaching where lots of old fashioned drinking occurs. Steve Meyer decided to ask his father for the recipe.  The brothers reminisced over the memories and the drinks, a few weeks later, sitting on a deck overlooking a trout stream in northern Wisconsin, a new company was born.

By mid-summer of 2009 the Meyer Brothers formed “The Meyer Brothers  LLC,” purchased a license, and started producing small batches of the old fashioned mix. They conducted various market tests by offering free tastings and sample size bottles. The reviews were very positive. In 2010, the Meyer Bothers decided to take their venture to the next level and began to produce their old fashioned mix in 750 ml bottles. The brothers, together, chose to use the family crest as part of their label.

With persistence and determination their business continues to grow. By September 2012 they partnered with General Beverage who presented their products throughout the state of Wisconsin. With the assistance of Badger wholesale, General Beverage, and Saratoga Liquor Company the retail accounts have flourished to 750, which continues to grow daily.

The Meyer Brothers have decided to head quarter the company in St. Nazianz Wisconsin, the same village it was created in by their father in 1962.